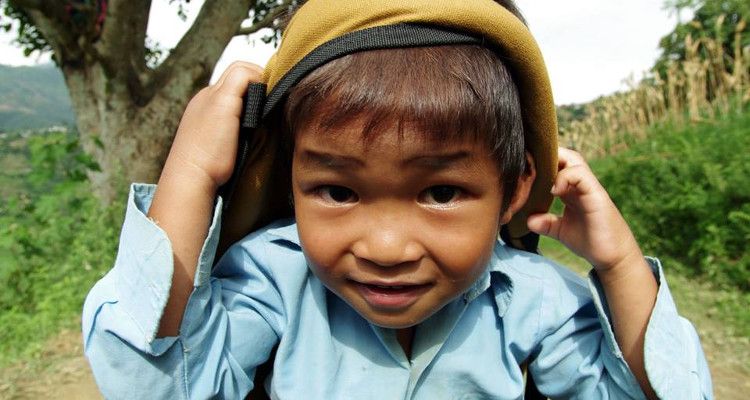 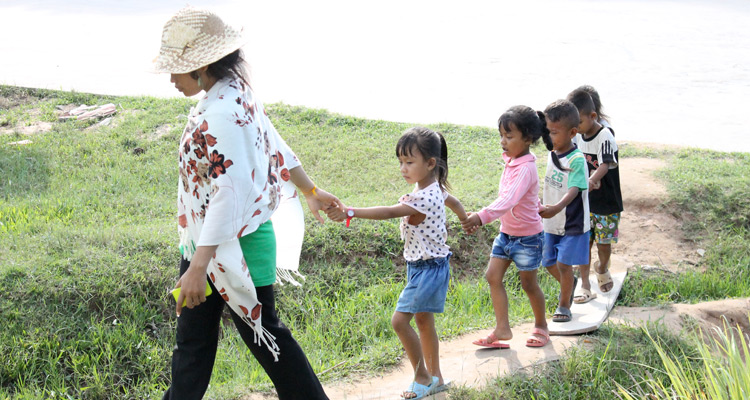 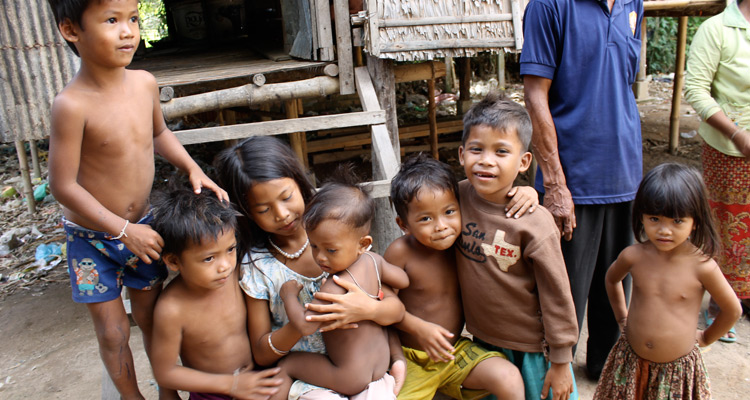 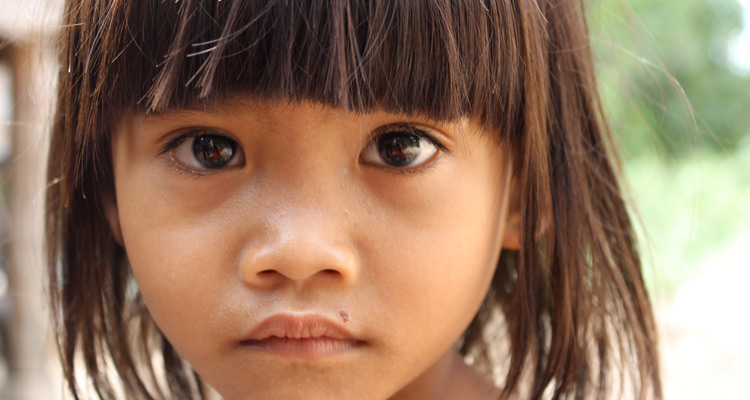 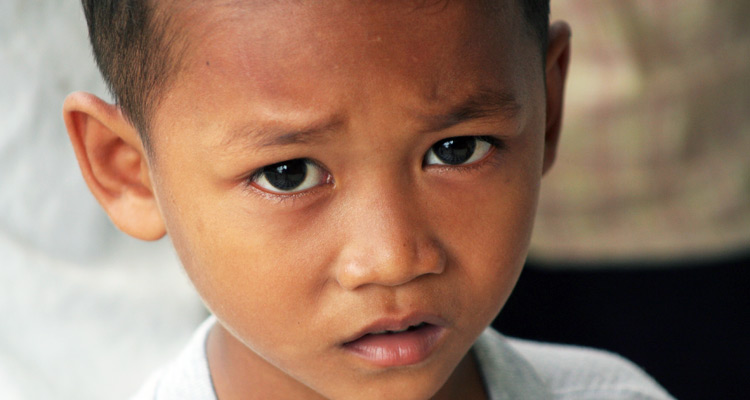 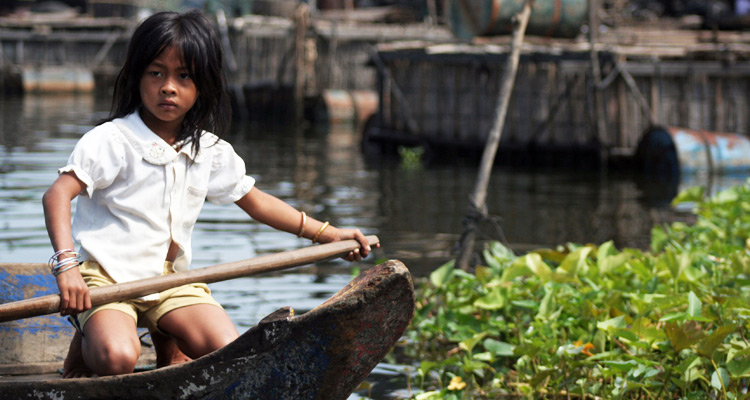 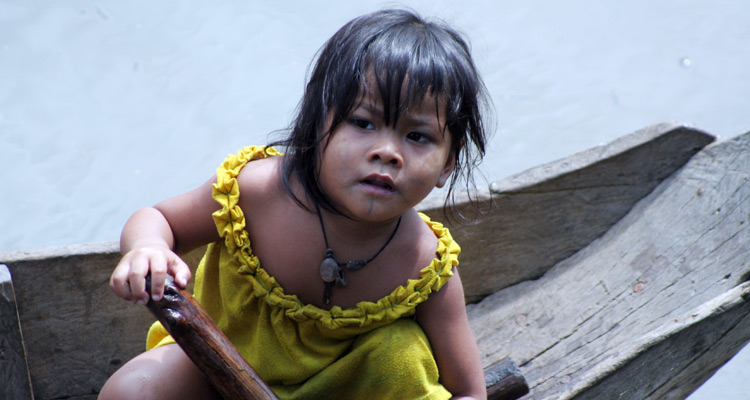 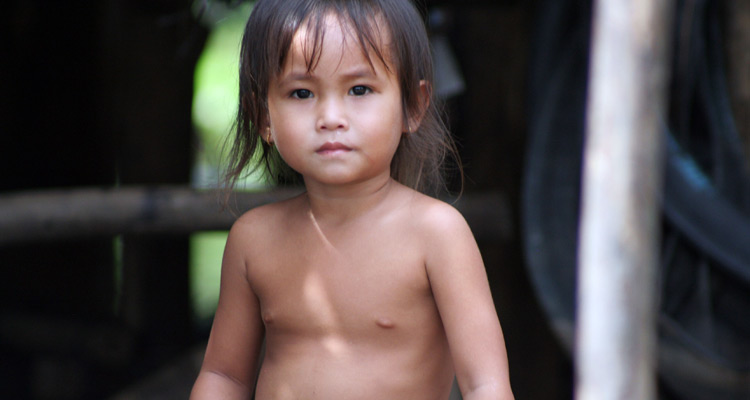 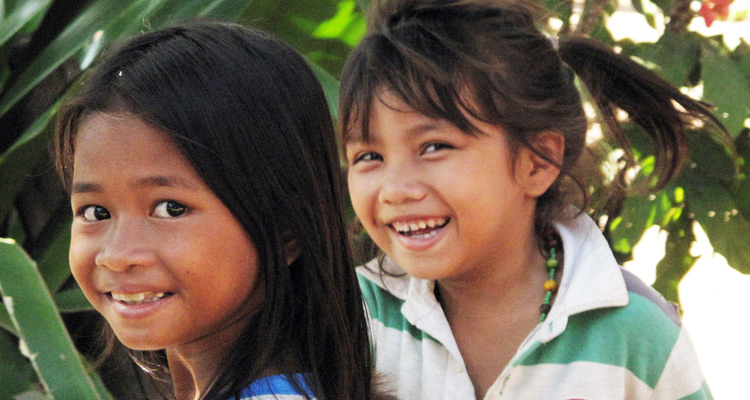 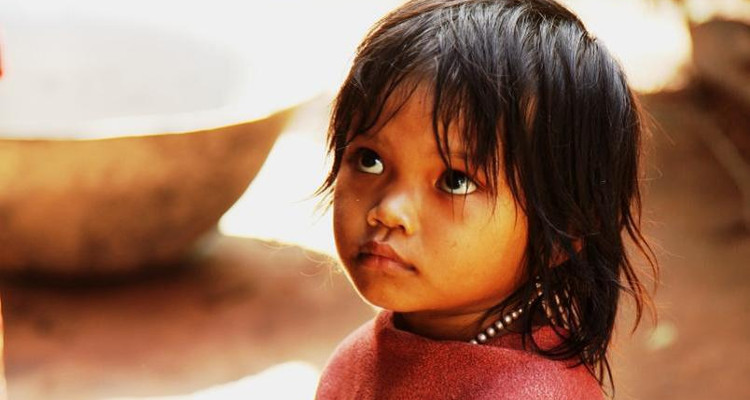 Adopt a child in Cambodia

Adopt a child in Cambodia

Despite the strong economic growth of the last decade, Cambodia remains one of the poorest countries in Asia. Long-term economic development is a big challenge for Cambodia due to corruption, limited human resources, high-income inequalities and lack of job opportunities. There is a gap in the education system as well as a lack in the basic infrastructure. The province of Puok is among the poorest in the country: the level of school attendance is dramatically low, while the rates of malnutrition and infant mortality are very high, especially in rural areas. The growth and development of children is based on a regular diet: unfortunately children in Cambodia do not have access to good quality food and this can cause physical, intellectual and behavioural problems.
A few kilometres from Siem Reap, Cambodia ‘s second largest city, in Puok district, there is the community of Kro Bei Rial composed by 12 different villages with a population of 7000 people. In Kro Bei Rial, life unfolds according to the traditional patterns of rural life: high rates of unemployment, illiteracy, and poor access to medical care, malnutrition. Most of the villagers barely manage to cultivate what is necessary for their own subsistence and for their own families. This happens only few kilometres away from Siem Reap, one of the most touristic cities around the Southeast Asia, the main foothold for exploring the wonders of Angkor, and the ancient capital of the Khmer Empire that reached its apogee between the 10th and 14th century A.D.

The project aims at supporting 30 families belonging to one of the twelve villages of the community. Despite the huge turnover of money made by the tourism industry thanks to Angkor, few miles out of town you can easily see the difficulties and problems of rural Cambodia: very low rates of education, poor access to medical care, poverty. As usual, children are the most affected by these inequalities. Thanks to your help, Anladi, in partnership with SHCC Cambodia, aims at promoting access to education and medical care for the children involved in the project, at supporting their families and at improving the services available for the entire community. For this reason, in agreement with SHCC, we decided to divide the funds allocated to each sponsored child in two parts. The higher share (80%) will be used to allow the child to go to school, to have regular and thorough medical supervision, while the lower share (20%) will (senza instead) be allocated to the development and support of the AnlaDi kindergarten. This will improve the conditions of the whole community, and therefore it falls within the overall objectives for which the project “Adopt a child at a distance” has been conceived.

Due to the very serious economic crisis that hit the country, which sees tourism, the main source of income for the majority of families, totally eliminated in these months of world health emergency, AnlaDi decided to actively intervene by organising a monthly distribution of food for all families supported by the long distance adoption program. Starting from May 2020, rice, oil, canned food, biscuits and 10 dollars for minor expenses have been distributed to each of them, and often also to their neighbours who deal with the same difficulties. During the September distribution, in collaboration with the local community, a short hygiene course was also organised for children and parents.

Duration of the project
10 years, from October 2013